What Are Common Types of Soccer Injuries?

Soccer fever is in high gear this summer. A new generation of U.S. women’s soccer players triumphed at the FIFA World Cup in July, commanding the attention of young athletes everywhere and inspiring them with their grit, fearlessness, and star power.

The athletic prowess at the World Cup is inspiring, to be sure; and will likely herald in a new wave of young soccer hopefuls training their way to victory. More Americans are playing soccer than ever. It is a fantastic way to build discipline, endurance, strength, and teamwork.

Though a relatively safe sport, soccer doesn’t come without its injuries. It comes with physical contact, start-and-stop motions, and lower body movements that can lead to injury.

As with any sport, it’s important for soccer players to know the risk factors for common soccer injuries and take precautions so they can play as safely as possible and stay on the field. With many young athletes playing soccer nearly year-round in summer soccer camps, the risk of injury increases—whether from overuse or an incident. Below are several of the most common soccer injuries:

Though people typically think concussions are mostly seen in football, soccer players can experience these injuries as well. Concussions can occur when a person’s head is hit by another person, an object, or the ground. In soccer, this could happen when a player’s head hits a goal post or another player’s body, or if they are using improper technique when heading the soccer ball.

Sprains happen when one or more ligaments is pulled tightly or torn. Ligaments are the parts of our bodies that connect bones to other bones and make our joints stable. When soccer players experience uneven ground on the playing field or change their direction suddenly, they may experience a sprain in the ligaments of their knee or ankle.

Particularly for female soccer players, sprains of the ACL (anterior cruciate ligament) are a common injury. High-speed changes of direction and pivots can put a level of force on the ACL that is beyond the normal activity or range, and can lead to injury. ACL sprains can also happen during contact with another player.

If your soccer player has experienced an injury, MOC’s orthopedic specialists can help treat the problem and get them back in the game. 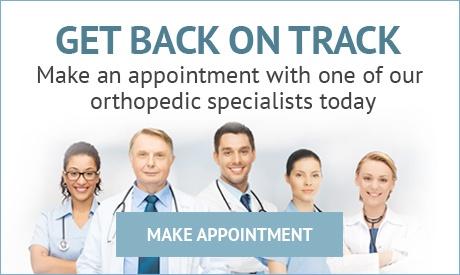 About the author: Midwest Orthopaedic Consultants

Enter your email address and get useful info on orthopedic health and MOC updates!